Among all the sunny areas of the Balkans Bulgaria deserves special attention. Due to its favorable location on the Black Sea coast, centuries-old culture, rich history and affordable prices this country attracts many tourists from around the world. But besides the well-known attractions there are some surprising and unusual places, many of which are not known even to the locals. Let's take a closer look at them.

Perhaps it is the architectural structure that is considered the most marvelous of all those crossing the vast Ardas River.

Devil's Bridge is one of the most mystical and magnetic places in Bulgaria. It is surrounded by lore and mystery. Locals believe in the dark forces residing on the bridge, so they try not to walk across it after dark.

It was built in the middle of the 16th century on the site of an old Roman bridge by an architect named Dimitar. The length of the structure reaches 56 meters, and the height of the upper arch is 11.6 meters. Many locals are wary of walking on it after dark. According to ancient legend, Dimitar's wife died during construction, which is why her ghost was imprisoned in the walls of the bridge.

In a quarter of the Bulgarian capital called Simeonovo is one of the country's most unusual landmarks: a colorful five-story house made entirely in the shape of a bizarre snail. Despite the originality of the building, it looks quite harmoniously against the background of surrounding houses. It gives the illusion of a giant snail crawling through the streets. The building was built in early 2008 from environmentally friendly materials and without a single brick. His architect is known for his projects in France, China, Japan and an entire palace for the Emir of Kuwait.

The Eyes of God (Karlukovo)

The cave, located in a major karst region of the country, the Iskar Gorge, is considered the most famous in Bulgaria. It has two symmetrical holes in the vault, remarkably resembling a pair of huge eyes. 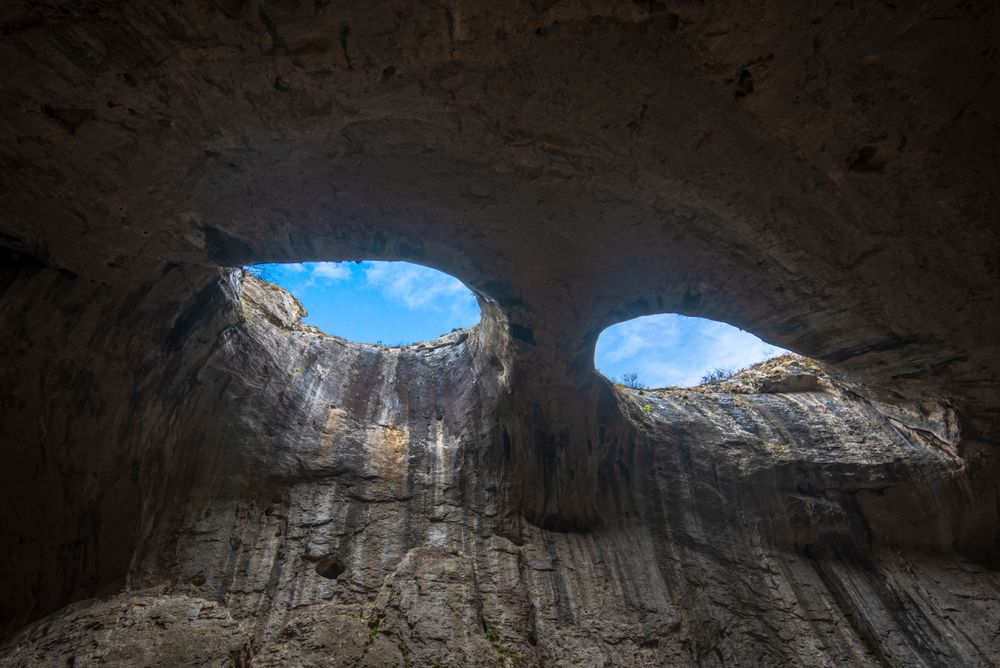 The mystical gaze of God's eyes in a Bulgarian cave

Their total diameter exceeds 250 meters, which allows you to illuminate the entire interior space, giving a magnificent view of the sky. Moreover, from time to time water flows from these "eyes", which makes an even more impressive impression on the curious tourists.

On one of the remote peaks of Buzludzha in the Balkans stands a huge, majestic, but long-abandoned monument. In 1868, this place served as a battlefield between the great Turkish and Bulgarian armies. 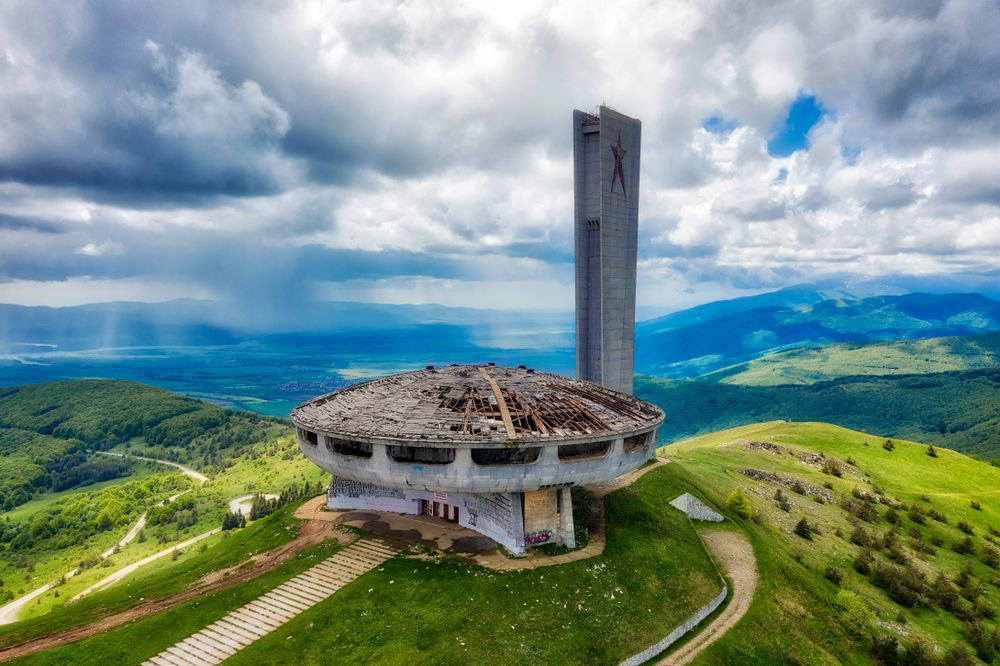 Buzludzha, a monument to the former greatness of communism, is shaped like a UFO

Later in 1891, it was here that the Buzludzha Congress was held with the participation of the Social Democratic Party. To commemorate those events, in 1974 the government ordered the erection of a magnificent monument that has since become a veritable shrine to all Bulgarian communists. However, after the end of the Communist regime the area fell into disrepair and was almost completely abandoned.

More recently, in 1982, Bulgarian archeologists have managed to find an ancient Thracian tomb. Historians believe that it dates back to the Goethean period of 300 BC. э. Despite its impressive age, the tomb has been preserved in excellent condition. 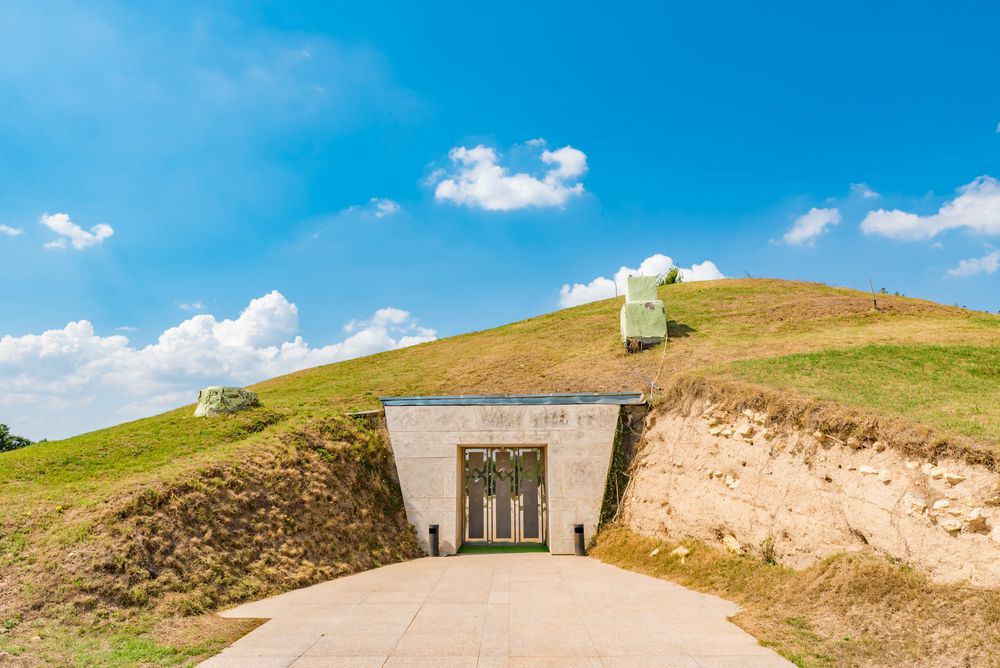 The story as it is: the entrance to a Thracian tomb in the village of Sveshtari in Bulgaria

Inside the ancient walls you can see the exquisite paintings, statues, carvings and many monuments of the time. The place is considered unique because nowhere else was found a Thracian tomb in such good condition.

Plovdiv is especially known for its quarter called Old Town. This is where one of the world's best-preserved ancient Roman theaters is located. The structure was erected in the first century AD during the reign of Emperor Domitian. Here famous gladiatorial fights, theatrical performances and people's councils were held. 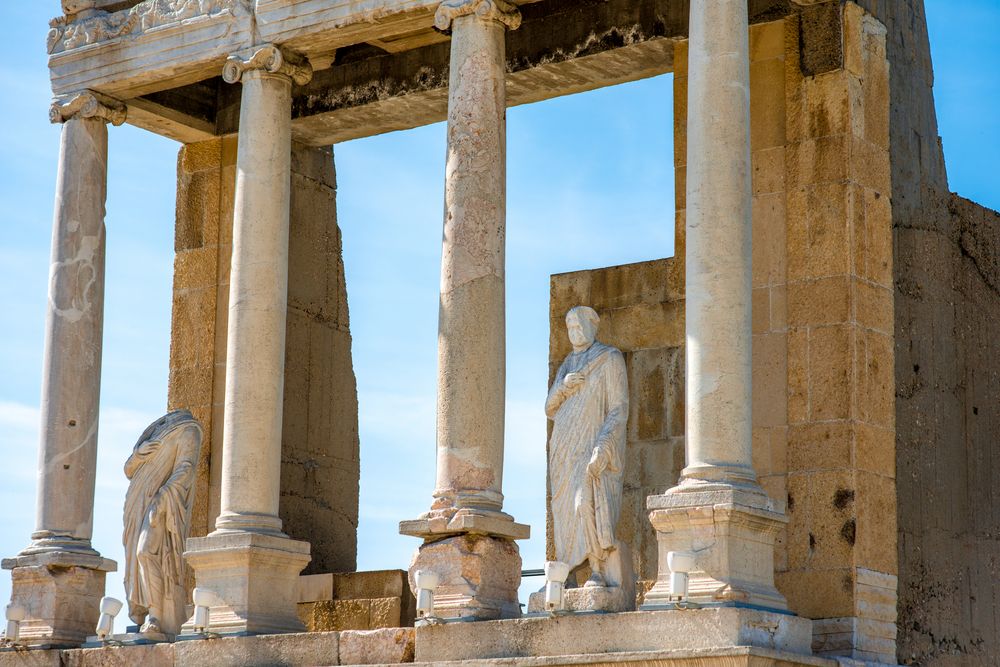 This ancient theater still hosts plays and musical performances
The theater is still open today with performances by famous opera singers and musicians.

A famous city that can be wholly considered a museum – just a walk through its streets is an unforgettable experience even for the seasoned traveler. There are cultural monuments and memorials. Numerous mansions and old buildings of the city are examples of the Bulgarian national revival that took place in the XIX century.