Holidays in Istanbul, travel and holidays with children at sea in Istanbul (Turkey)

Noisy squares and secluded yards, colorful bazaars and modern shopping malls, historic forts and elegant mansions – vacation in Istanbul is a choice for tourists who want to enjoy the atmosphere of the mysterious East and the businessman’s West in one city.

Recreation in Istanbul is invariably attractive to tourists

Istanbul offers tourists a lot of colorful sights, which have no analogues in the world. Their uniqueness is due to the rich history of the city: it has been the capital of four great empires – the Roman, Latin, Byzantine and Ottoman, and each of them left the descendants an enormous legacy. 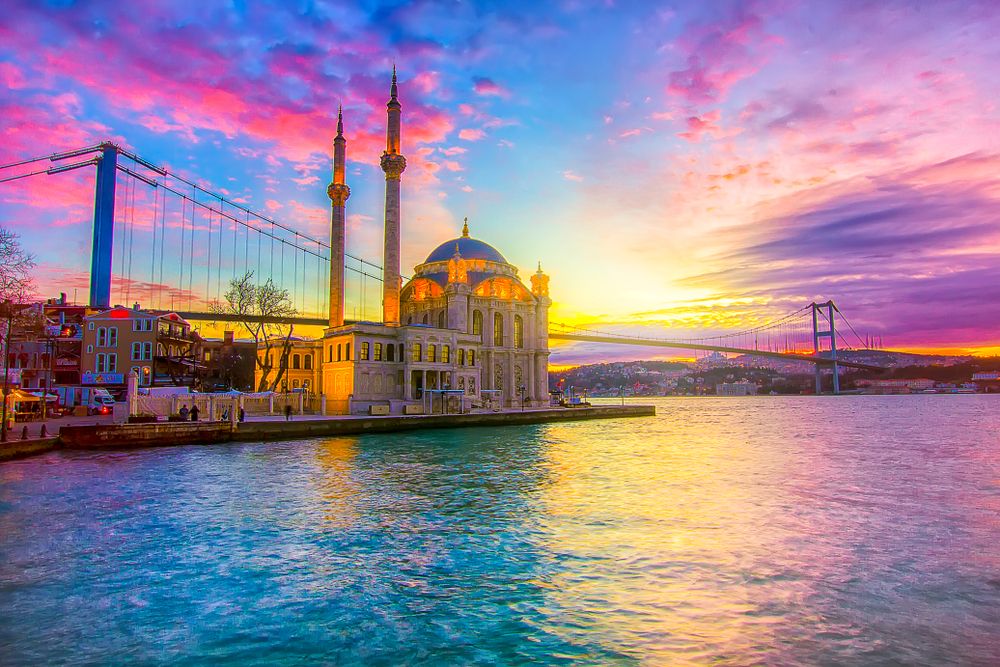 Istanbul – the heir to the four great empires

The first unique feature of Istanbul is its geographical location. The city lies on the two sides of the Bosphorus, which separates the European and Asian continent. And the bridges spanning it are the most important landmark of the former Turkish capital. They do not please the eye with architectural delights, do not impress imagination many kilometers long – but they do not need it. The fact that it connects no part of the world, no less, draws hundreds of thousands of travelers! Admittedly, those wanting to hike from Europe to Asia will be slightly disappointed – only vehicles and extra charges are allowed to cross the bridges. But you can go for a ride on the Bosphorus itself – the city looks completely different from the water, and even the old acquaintances see a new side of it! 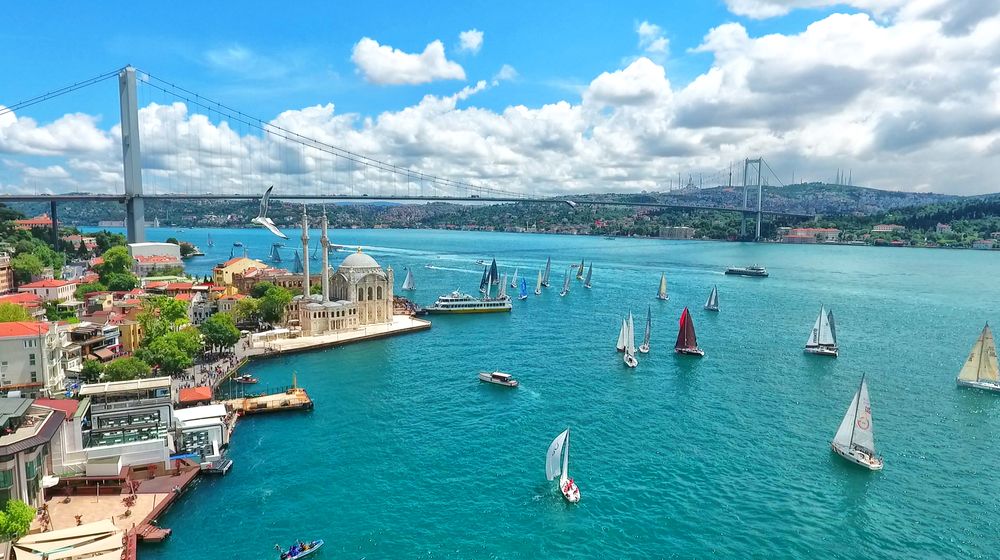 The Bosphorus between Europe and Asia

The center of Istanbul concentrates the most interesting things it has to offer in Sultanahmet Main Square. The grandiose Hagia Sophia, which has been a Christian temple and museum, and recently became a mosque again, combines the architectural features of two cultures and the heritage of great empires in its design. Opposite the Blue Mosque can compete with other mosques for grandeur and opulence inside and out. 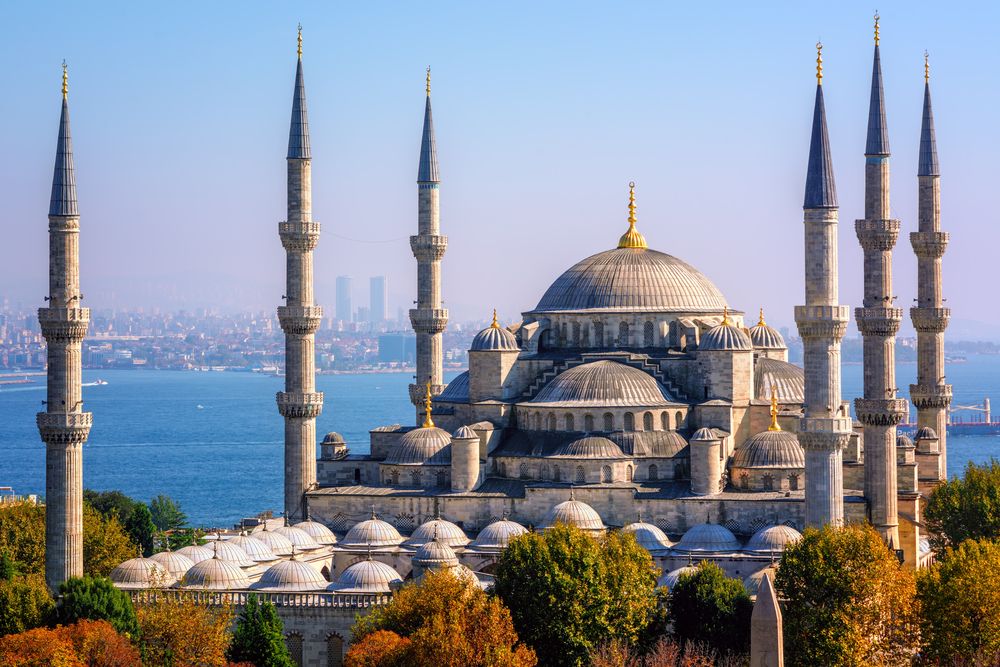 Another interesting attraction in Istanbul is the Basilica cistern. It would seem what can surprise a reservoir, even if it is very old? But even sophisticated travelers stand still in awe at what they see. Thanks to the lighting and many different columns the cistern of Istanbul reminds one of an ancient temple or an underground palace. By the way, there are real palaces in the city – the residence of the Padishahs Dolmabahce and Topkapi could easily compete with the castles of European monarchs in richness and pomp. 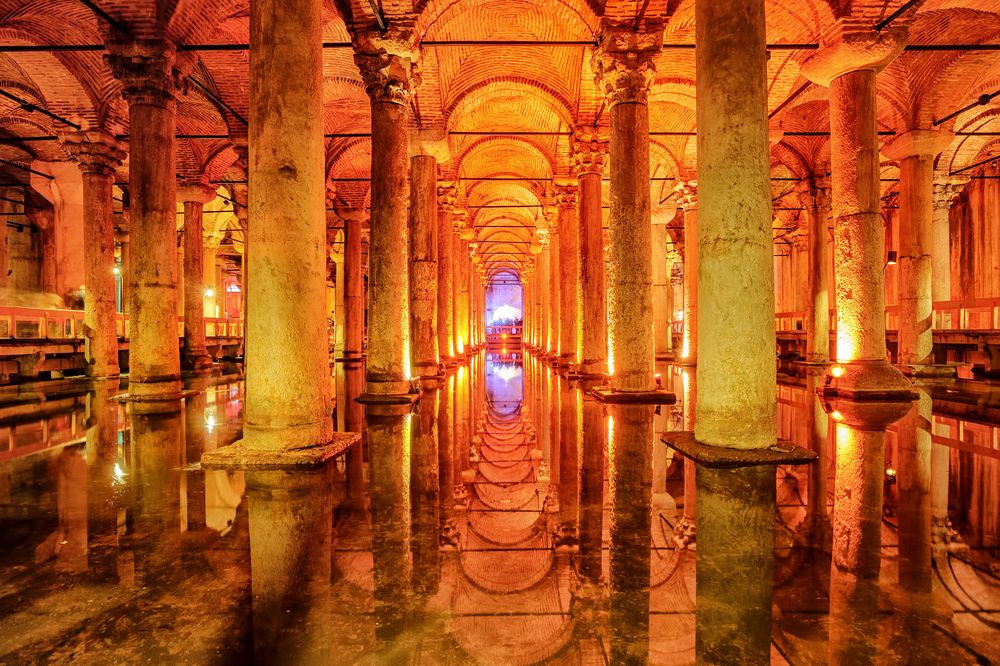 From almost anywhere in Istanbul you can see the Galata Tower, one of the oldest monuments of the city. Even without that considerable height of the medieval building – 61 meters – it is emphasized by the location on the hill with the same name and the general low-rise of Istanbul. Few travelers can resist the temptation to admire the tower up close – or appreciate the panorama of the city from the dizzying heights of its summit. 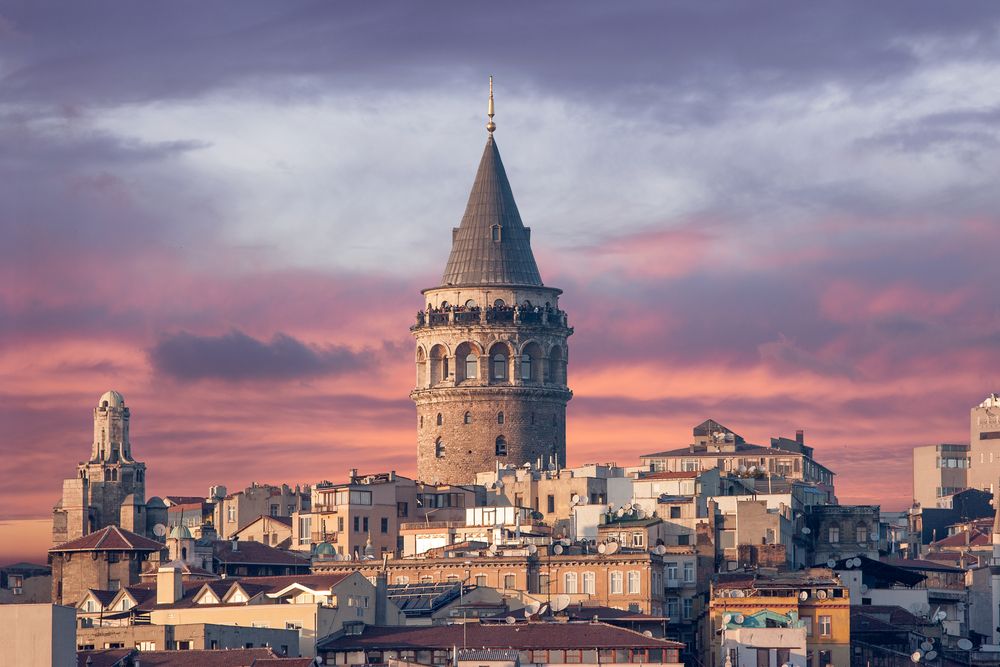 Galata Tower is visible from every part of Istanbul

And what is an oriental city without a bazaar?? You should boldly go to the famous Grand Bazaar, where you can hone your bargaining skills, buy a lot of wonderful things, enjoy the aroma of spices and oil perfume, and get an unforgettable experience! 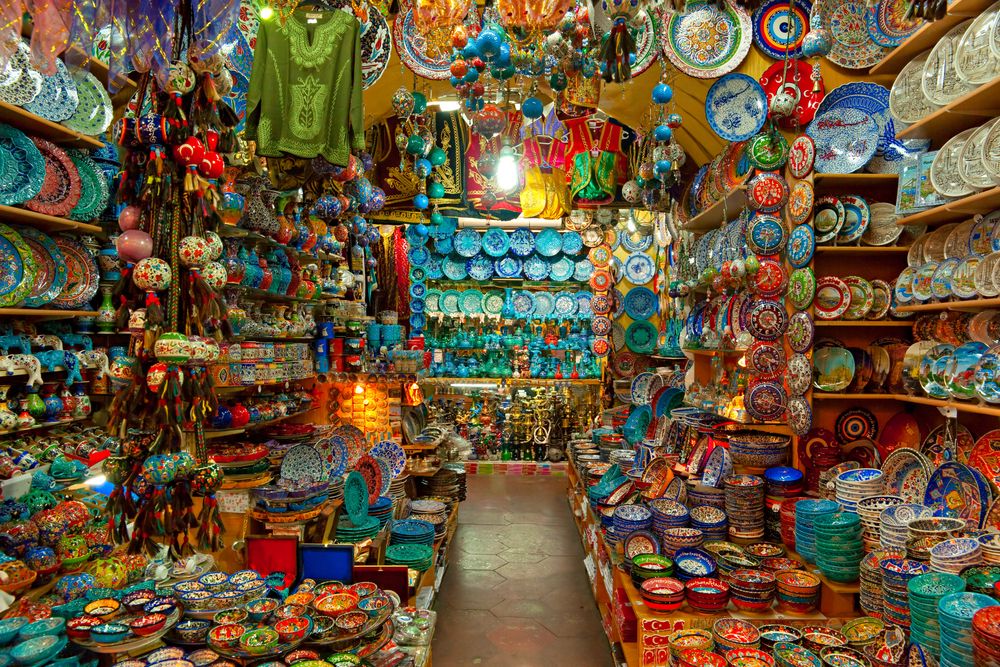 The Oriental bazaar is a dizzying experience

Beach holidays in Istanbul, especially in the central part, is inseparable from the typical bustle of the metropolis. Many tourists agree that the most comfortable areas for swimming are in the remote areas. In Fenerbahce and Jaddebostan ideal beaches for children – clean, with a gentle entrance to the water and shallow depth of the Sea of Marmara, which in this area is warmer by several degrees. On the Black Sea coast there are beach clubs, which offer their visitors a lot of entertainment and services – of course, for a fee. Natural attractions like caves, cliffs and bays are added to the sandy shores of Shile and Agva resorts. But most generously nature has gifted the Prince Islands – it was a sin not to take advantage of this, so tourists are offered a luxurious beach holiday for every taste. 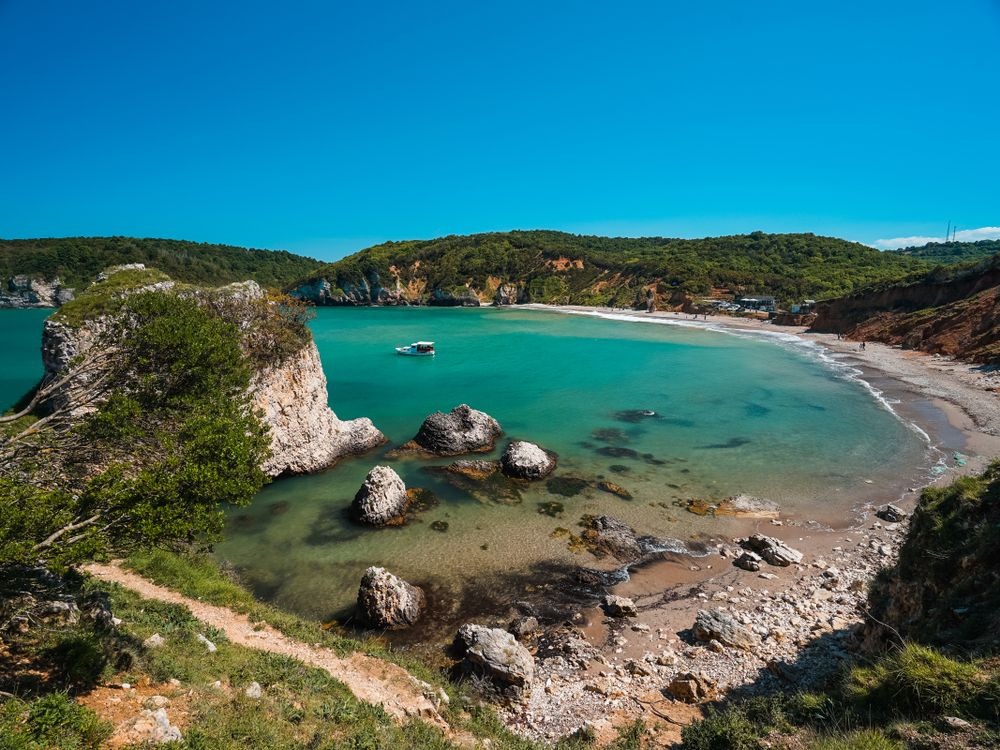 It is impossible to describe all the sights of Istanbul, it is so colorful, colorful and diverse…! Welcome to the city at any time of year-an invitation notwithstanding?