Russia is a vibrant palette of different cultural heritages, and Kazan sights It looks as if they were painted with her best colors. Slender minarets and golden domes, old buildings and modern masterpieces, amusing sculptures and austere monuments go hand in hand in this colourful and colourful city.

Kazan is a bright and ornate city that captivates its visitors at first sight!

Kazan's main attraction, its heart and soul is a huge The Kremlin. Its impressive grounds concentrate the city's main cultural sites.

One of the most interesting constructions is Suyumbike tower, The keeper of urban legends. It is still not known precisely when the tower, named after Tsarina Suyumbike, the ruler of the Kazan Khanate, was built. Legend has it that the Tsarina threw herself from the top tier of the palace in despair to avoid being married to Ivan the Terrible, who had conquered Kazan. This explains the noticeable inclination of Suyumbike to the north-east – they say that the tower is tilted by grief. The life of the real ruler was really tragic – after the death of her first husband she was given away together with the treasury to Ivan the Terrible, then forcibly married off to another khan, and her son was left at the tsar's court. The building was tilted due to more prosaic reasons: banal architect's mistake. Siyumbike is Kazan's answer to the Leaning Tower of Pisa!

Other mosques in Kazan are no less remarkable: the classical Galeev Mosque, elegant Apanayev Mosque With amazing stucco that looks like a fairy casket Azimov Mosque. 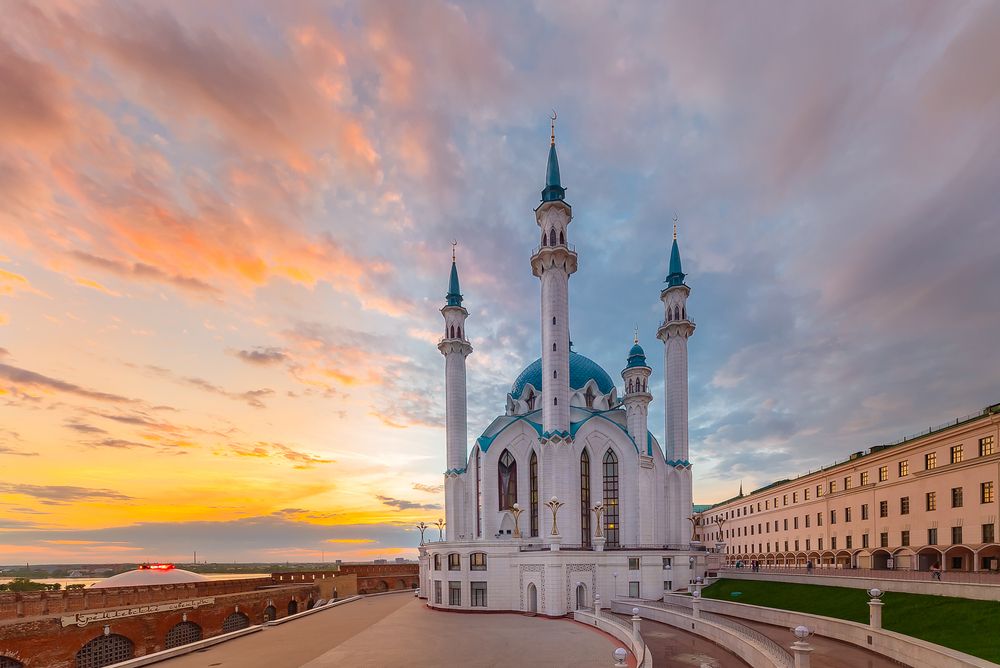 Kul Sharif Mosque, one of the symbols of Kazan!

Temples and cathedrals of Kazan

The oldest building of the Kazan Kremlin Annunciation Cathedral 16th century. This is a magnificent example of the work of Pskov masters. The appearance of the Cathedral changed repeatedly – side chapels were added, the domes were reconstructed, new frescoes were painted on the walls. After the restoration in the early 21st century, which removed the sad consequences of the anti-clerical policy in 1920-1930, the temple appeared before the residents and guests of Kazan in all its proud beauty of the crystal-white walls and rich-blue domes. Inside you can see unique paintings, an impressive iconostasis and worship the renowned shrine – the cell of Archbishop Gury.

Among the sights of Kazan it is worth highlighting other temples: a worthy representative of the Russian Baroque – Epiphany Cathedral and its monumental bell tower; the small Monastery of St. John the Baptist and astonishingly beautiful Kazan Bogoroditsky Monasterygrandiose Peter and Paul Cathedral and unusual The Temple of All Religions, …alas, left unfinished due to the death of its author… The Temple of All Religions is Kazan's most unusual religious building!

The diverse cultural heritage of the Republic of Tatarstan is the most important sight! Kazan's museums showcase carefully chosen treasures in their halls in great detail. On floors National Museum of the Republic of Tatarstan There are unique collections of prehistoric household items, armor of Turkic warriors, ancient coins, national costumes, jewelry, folk crafts.. Writer Vasily Aksenov's house-museum There is an atmosphere of creative intelligentsia meetings – and in the cafe Literary and Memorial Museum of Gorky regularly organizes events of Kazan's literary and artistic elite. Museum of happy childhoodwith its touching exhibits plunges every visitor into nostalgia for the distant past: the phrase "I had exactly the same!"is pronounced by almost every guest. Extend your memories at Museum of Socialist Life With pioneer paraphernalia, army artifacts, cosmetics and jewelry from grandmother's caskets, and a unique collection of guitars that belonged to Soviet rock musicians. 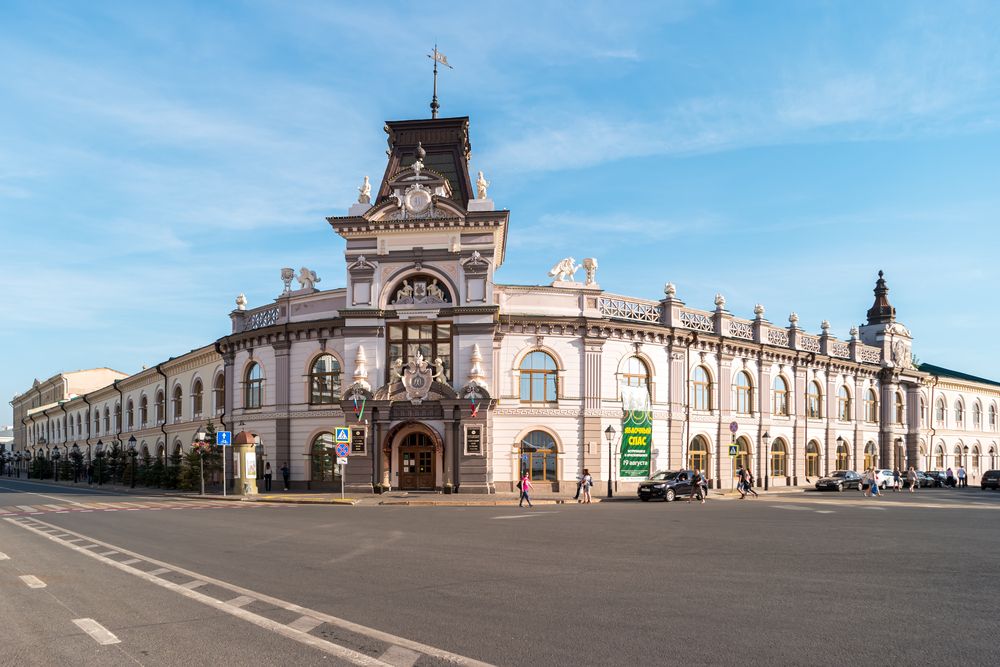 Do not spare time for a visit to the National Museum of the Republic of Tatarstan!

The oldest street in the center of Kazan – Bauman Street, like Arbat for Muscovites or Khreshchatyk for Kievers. It is not just one of the main pedestrian arteries of the city, but a full-fledged religious place with its own attractions. Take a picture next to Kota Kazanski – sacred duty of every tourist, so that in front of the amusing monument at the intersection with Musa Jalil Street there is always a queue armed with cameras. It is impossible not to smile at the sight of the sculpture: plump cat lying imposingly in the arbor, fatly scratching his thick belly. Kazan souvenir shops are jammed with shelves full of all kinds of cats – and with good reason. For centuries the city's residents have been proud of their tailed mousers, whose fame once reached as far as St. Petersburg. The Empress Catherine the Second was so impressed by the stories about the dexterity and ruthlessness to rodents of the Kazan hunters that she ordered several dozens of cats to be brought to the capital of the Russian Empire. The famous Hermitage cats are descendants of the legendary moustached striped men. This is another monument connected with the Catherine the Great, – It is a skillfully made replica of the carriage, in which the Empress came to Kazan. The original is kept in the National Museum. An interesting modern cultural site The Alley of Tatar Stars, Where immortalized are the names of Tatar pop singers. Of the ancient notable buildings worthy of attention Epiphany Cathedral, Nicholo-Nisskaya Church, Academy of Sciences, Chaliapin Palace Hotel и Seal House. And on both sides of Bauman Street will be restaurants and cafes. Forget about fast food and enrich your diet with traditional Tatar dishes: bishbarmak, belyash, echpochmak, gubadia, chak-chak, ayran. And sophisticated gourmets should check out the The first national restaurant – In the halls decorated with mahogany, gold leaf and marble the culinary delights taste ten times better!

The palace promenade – Another promenade popular with locals and tourists alike. It amazes with its architectural diversity, spectacular views of the Kremlin and beautiful night illumination.

The Kazan Cat poses happily to all photographers!