In search of fresh impressions we go to the suburbs of St. Petersburg – Pavlovsk.

Although Pavlovsk railway station was built much later than almost all other sights of the city, it deserves to be told about. Its peculiarity is that it was created, well, almost not for its direct purpose – here, in addition to the restaurant, waiting room and garden with fountain, was a concert hall. Hence the name – vocal hall – went all over Russia. For almost a hundred years this charming semicircular stone station has properly fulfilled the role of the Philharmonic Hall.

We leave the train station and go towards the Pavlovsk garden complex. A wide avenue along the wall of tall trees greets you with playful squirrels. There are only a few meters to the illuminated space, which glimpses from behind the trees. You can not even imagine what kind of a spectacle awaits you! 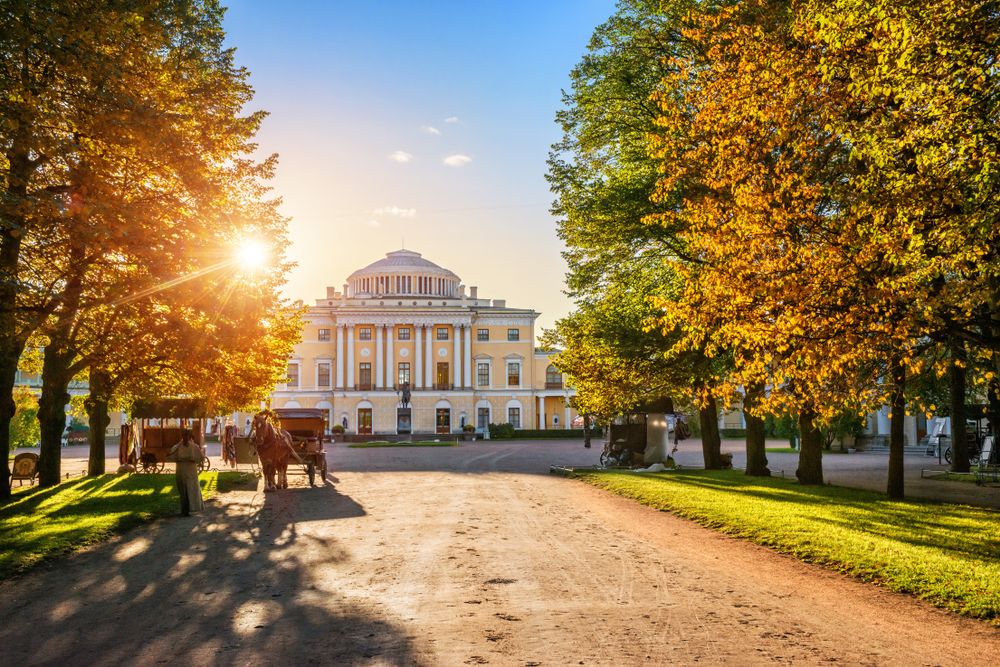 A Picturesque Alley in the Pavlovsky Park

Finally, the last bend of the path and, oh wonder, it’s impossible to describe the feeling you get when you see the panorama of Pavlovsky Park. Then you are told that the Pavlovsky Park is recognized as the best European landscape park. But now and then you’ll think it’s the best landscape park in the world! 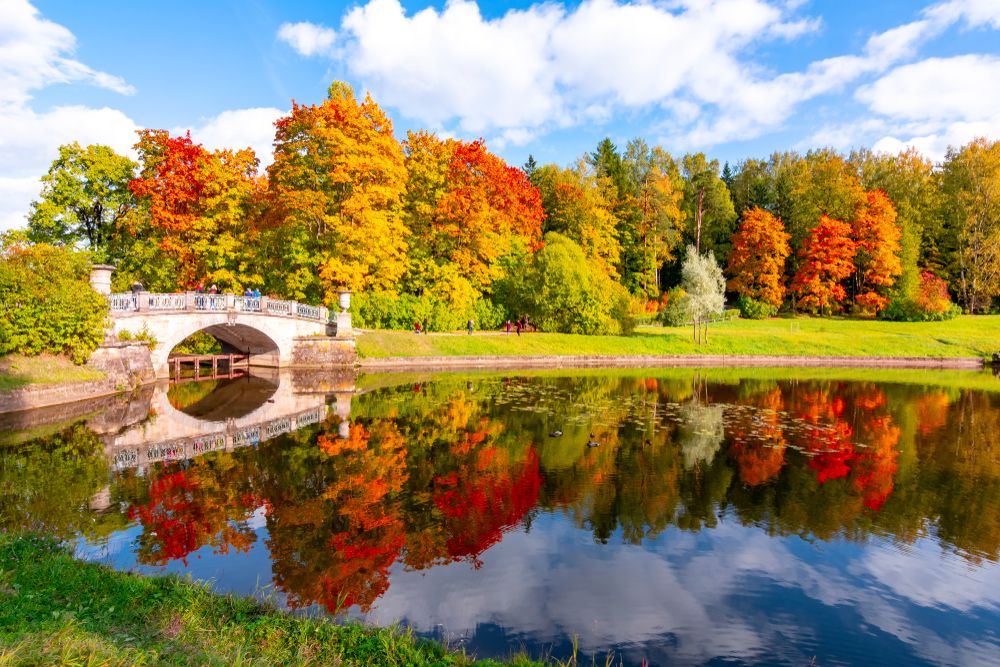 Just imagine – you stand on a hill, and a marvelous picturesque landscape of the winding Slavyanka River is stretched at your feet, the riverbed of which the architects unfolded at their discretion. And they did their best. Using the relief features of the terrain and following its plans to improve 600 hectares of land, the park was created, combining elements of natural and design styles of park architecture. 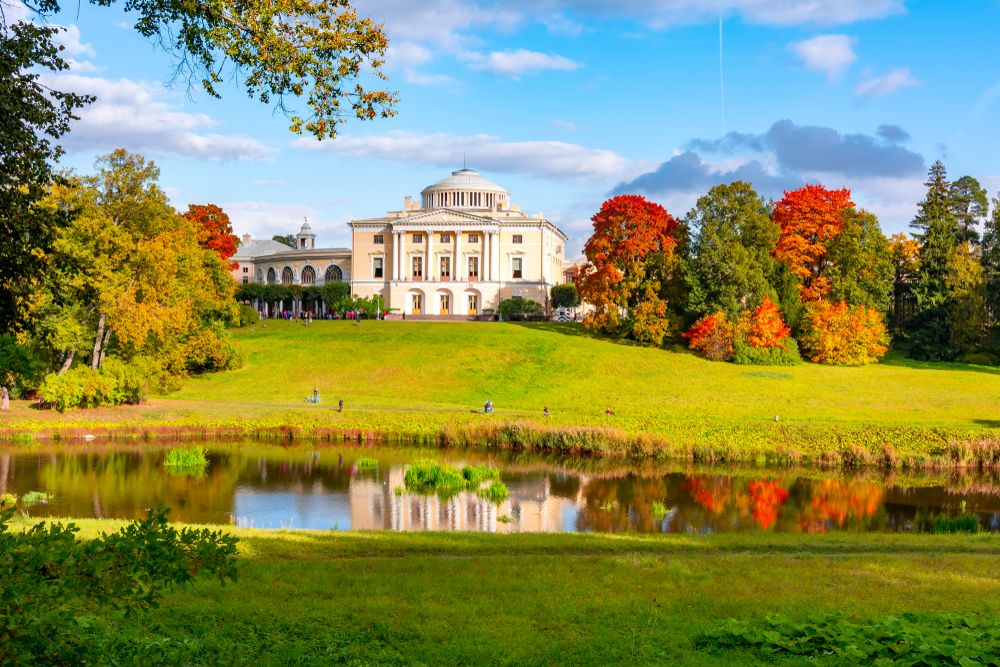 The history of the Pavlovsk Palace and Park Complex started in 1777, when Catherine the Great presented these lands to her son, Paul I, and his wife, Maria Feodorovna, in honour of the birth of the future Emperor Alexander I. As early as 1782 the construction of the Pavlovsky Palace and the landscaping of the Palace Park began. The famous architect Cameron, an adherent of Italian style and a great connoisseur of antiquity, demolished everything that was there before him. And in four years he managed to build a beautiful and austere Pavlovsky Palace, to arrange the front porch to the Palace in the form of a triple Linden alley, to build a one-storey pavilion – an aviary, for the care of beautiful and rare birds, to create a regular Own garden and to install there the Pavilion of Three Graces, inside which there is a copy of a famous Canova’s sculpture. 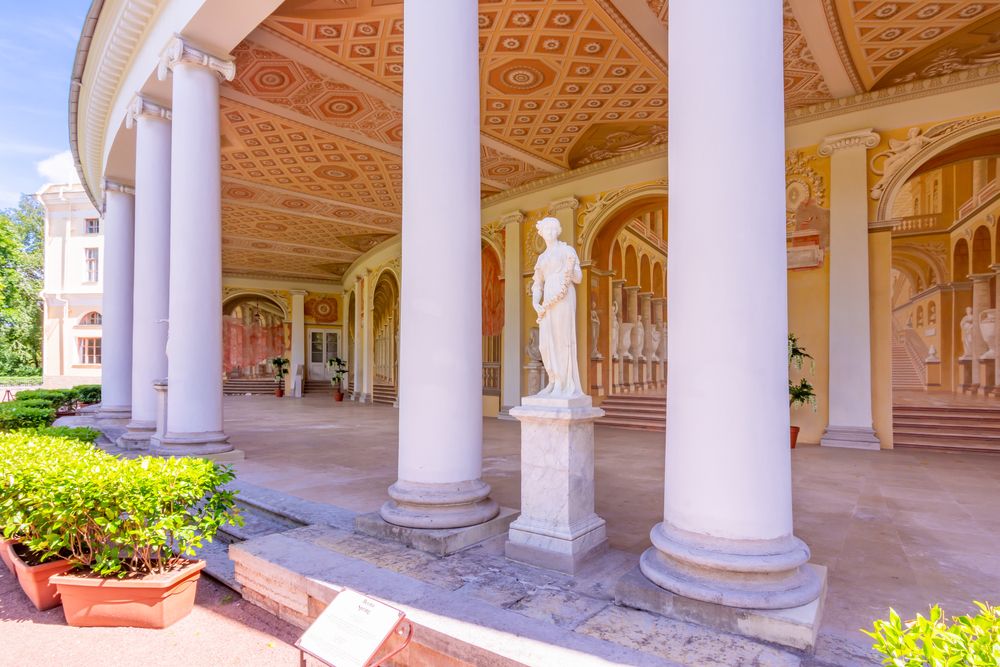 Gallery of the Pavlovsk Palace

Subsequent architects followed Cameron’s ideas, or tried to make the landscape park as close to its natural state as possible, leaving lawns and woodlands in their places, or changed the Slavyanka riverbed as they saw fit, throwing openwork bridges over it.

Friendship Temple, built by Cameron on behalf of Catherine the Great‘s son and daughter, with a statue of Mineira inside, whose face bears a resemblance to that of the empress, and an inscription showing her gratitude and appreciation.
The Apollo Collonade, part of which collapsed over time. So the statue of Apollo here appears to the viewer “in the real ruins of antiquity. 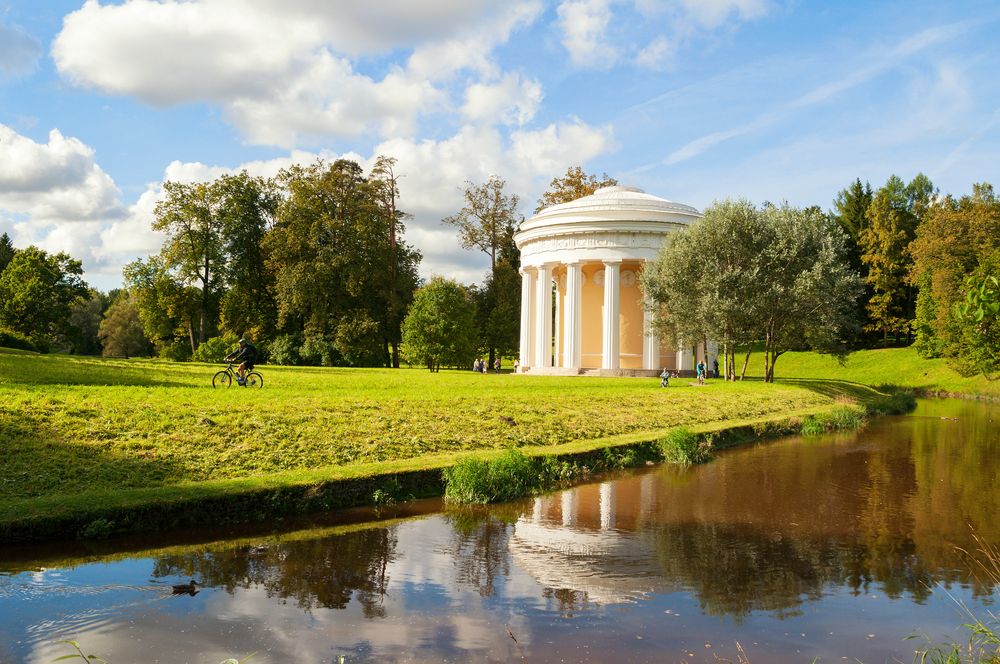 The Temple of Friendship in Pavlovsk Park, stylized after antiquity

The sun lights up the Pavlovsky park and standing on a hill you can observe its panorama. The grass on some lawns is already yellowed, but not yet in other lawns. And it seems as if the sun with its rays so painted the valley and the hills. The palace is also surprisingly cozy and not at all arrogant. We must pay tribute to Maria Feodorovna’s good taste. She left us a real work of culture and art, a palace with an unrivaled park, which simply must be admired. 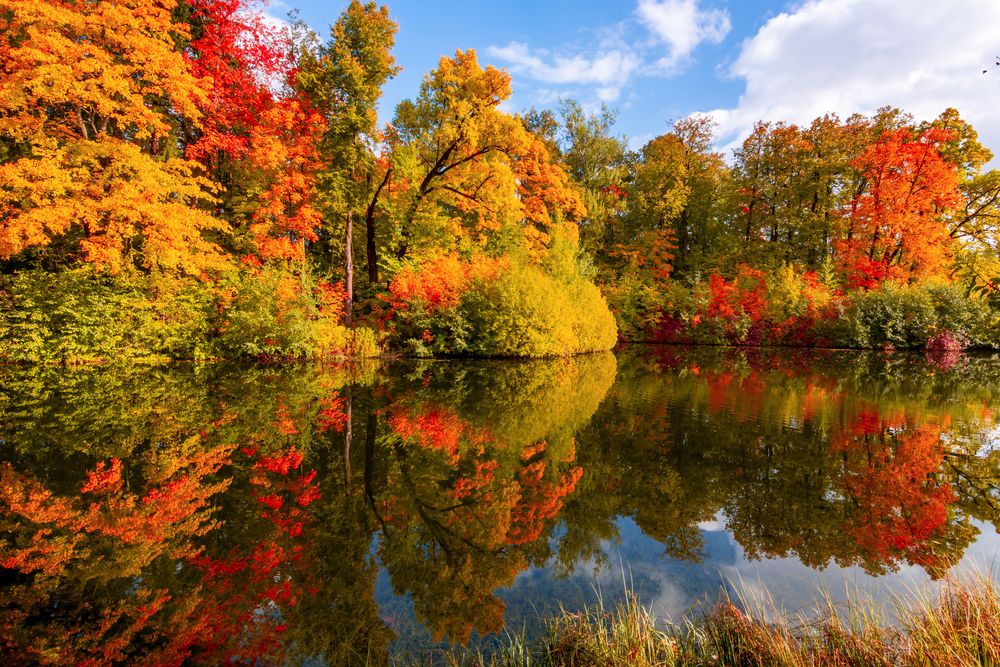 In Autumn Pavlovsky Park begins to “play” with incredible colors