Kamchatka’s Top 5 Sights. What to see

If you like to travel, want to see geysers, volcanoes, lakes of unusual beauty, hills, thermal waters – you should come to Kamchatka. This is a fascinating region with many wild animals: sable, ermine, flying squirrel, lynx, reindeer, polar wolf, sea hare, wolverine and others. You can also meet a brown bear here. The flora is represented by the lady's slipper orchid, Rieder's swamp flower, flesh-red pear tree, cotton grass rose and other rare plants.

So what should be a must-see for every tourist who has come to this amazing land? Here are the top 5 places of interest in Kamchatka! 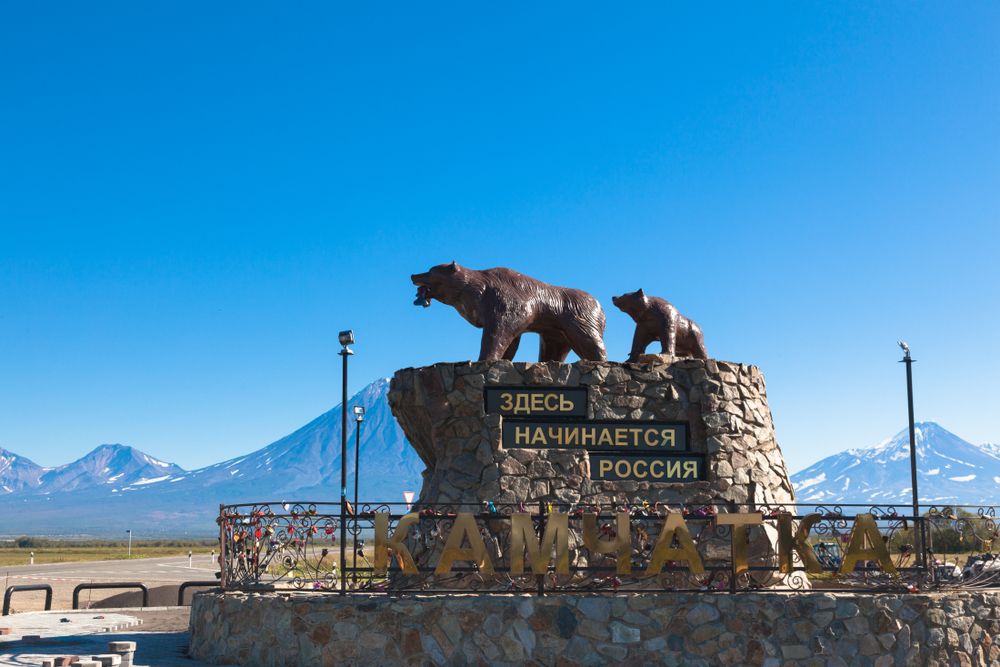 When you arrive to Kamchatka, you find yourself in Yelizovo where the international airport is located. Right at the entrance to the city – a monument erected in 2011. This life-size sculpture looks great against the background of three hills – Avachinskaya, Koryakskaya and Kozelskaya. It depicts a bear cub with a fish in its mouth. There's a bear cub walking next to it. On one side is written: "Here begins Russia", and on the opposite side is the name of the city of Yelizovo. This monument is the visiting card of our country. 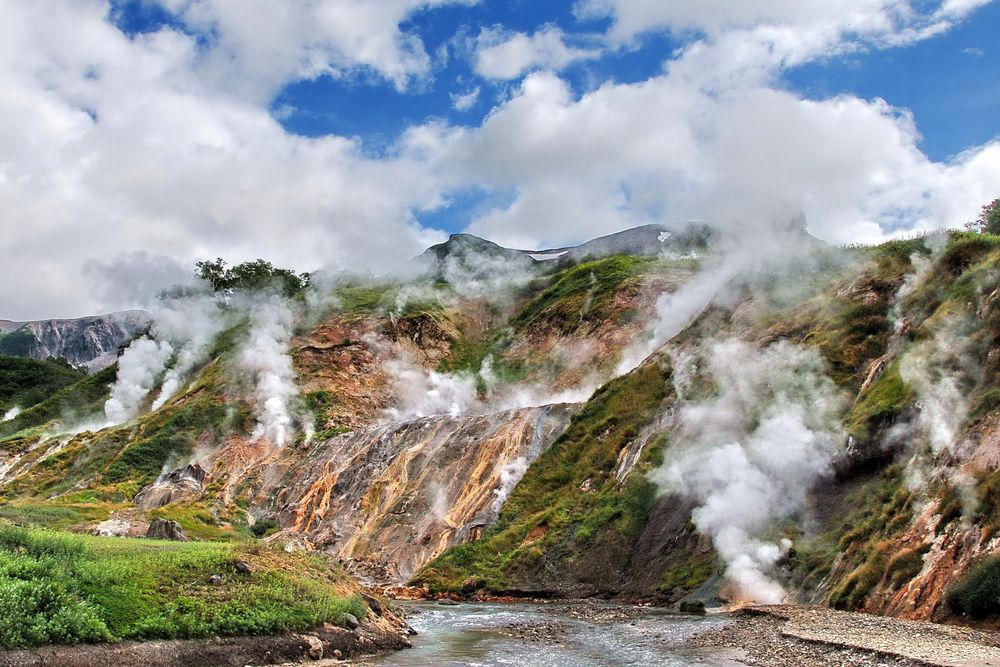 One of the largest geyser sites in the world is located in the Kronotsky State Reserve. Once upon a time there was a lake here, which vanished in time, and in this place hot water fountains began to gush out. 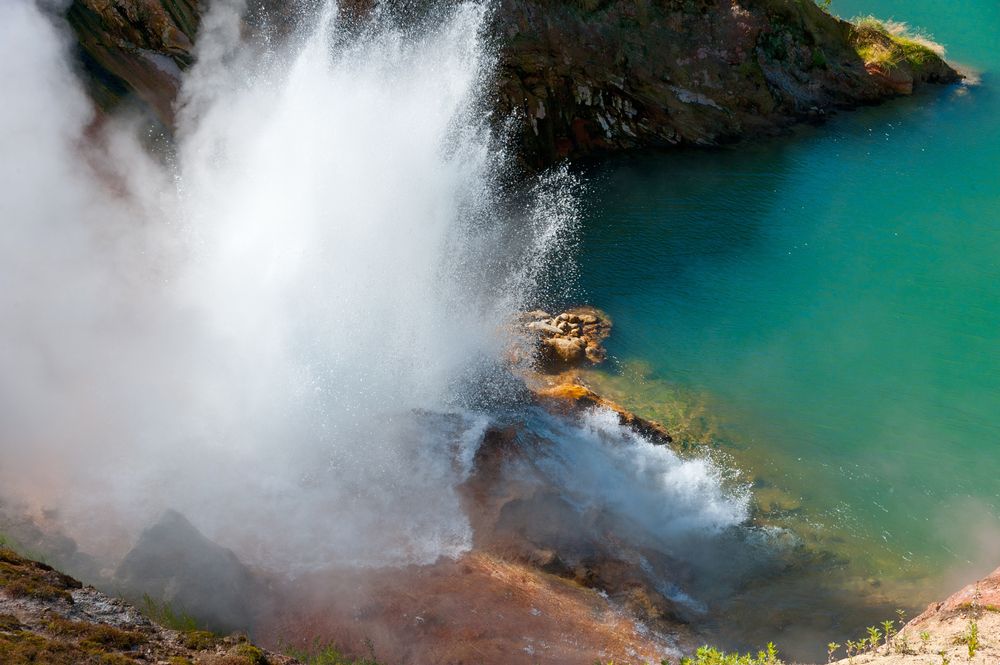 Geyser, which periodically erupts its jets upwards, is an unusual natural phenomenon, as the thermodynamic conditions necessary for it are very rare. The Giant is especially popular. It is the biggest geyser in existence, the jet stream reaches 35 meters high. 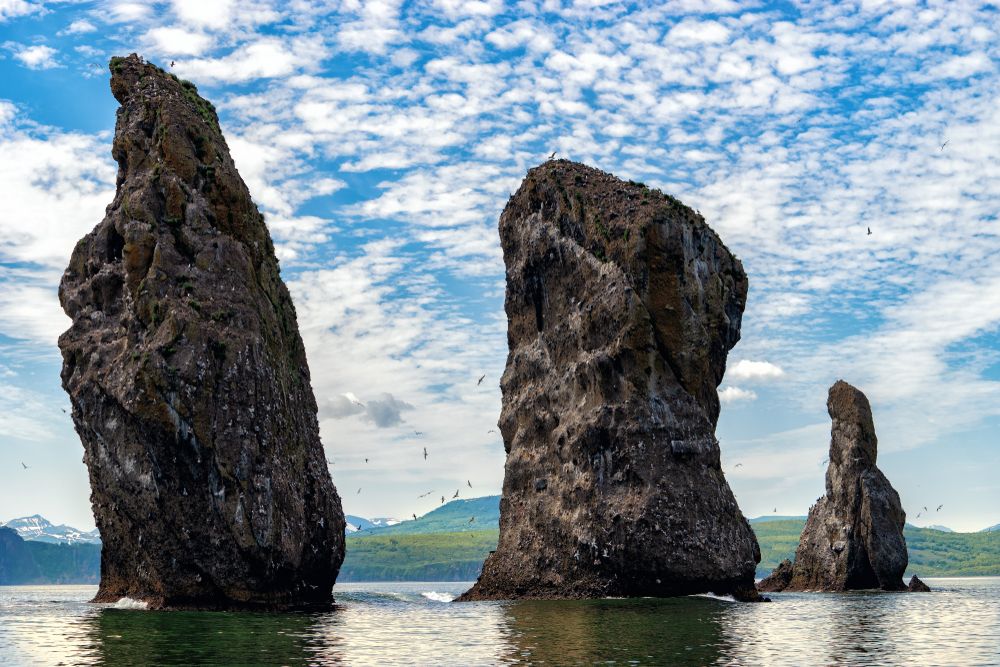 "Three brothers" defend the entrance to the bay

These are three rocks, protruding from the water, in Avacha Bay. According to the legend, long time ago there were settlements on the shore, which were destroyed by storms. Sea deities used to send big waves and break dwellings. We failed to propitiate the gods. And so three brothers came out into the bay, standing shoulder to shoulder, defending the bay. Huge masses of water tried to knock them down, but the bogatyrs didn't give up. In his impotent rage the sea god made the brothers petrified. But even after that, the heroes guard the place where people live. 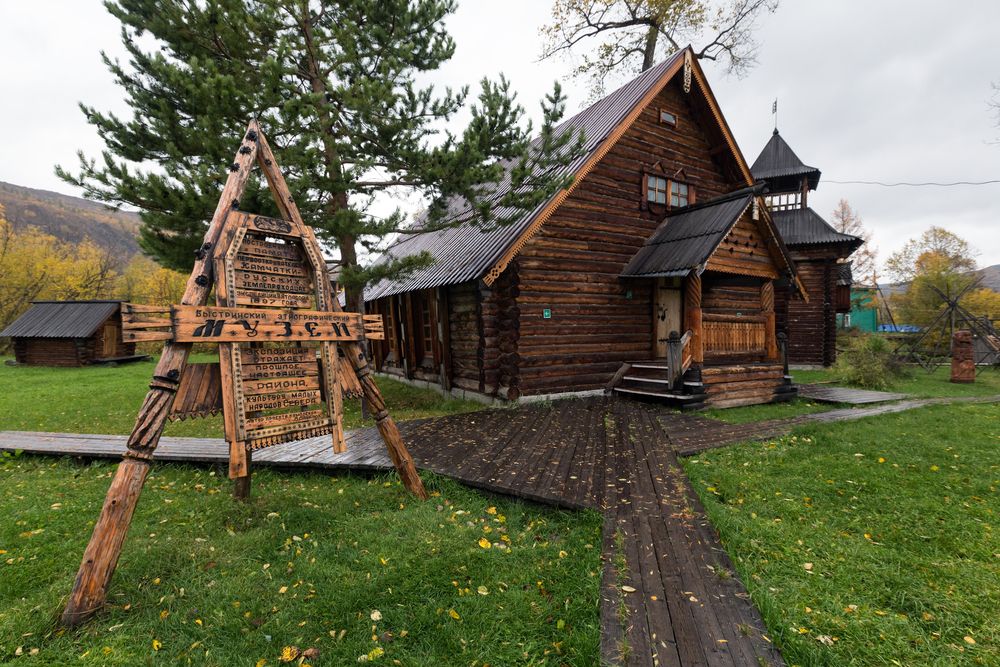 The ethnographic museum tells the history of indigenous peoples of Kamchatka

In the village of Esse, near the Uksichan River, there is an ethnographic museum. It is a construction of Cossack stockaded town, built of wood in XVII-XVIII centuries. This is the only museum that collects and preserves collections related to the history of small indigenous peoples, consisting of a defense tower and an orderly hut. The exhibition hall is in the servants' hall. It tells about the Evenks' past, rites, specifics of their clothes and the decoration of their homes. Recently 4 new exhibitions have been opened – musical instruments, Even culture, nature, fauna, shaman paraphernalia. There is an exhibition of wood, fur, beads and bone.

Kliuchevskaya Sopka – the most recognizable sight in Kamchatka

Kliuchevskaya Sopka – the highest volcano in Kamchatka, it is in the shape of a cone, still active. The highest point reaches 4,750 meters. The crater is littered with pure snow, which is rare in regular lava and ash cloud outbursts. The eruptions happen once in five years, and the ejection of fiery magma of increased intensity takes place once in 25-30 years. It never hibernates. Because of the lava, which hardens on the slopes of the mountains, the height of the volcano grows. Subsidiary vents have been found, which erupt several times more often than the main crater. If the air above the volcano is very humid, you can see unusual lenticular clouds. They are wide and sometimes cover the summit. The phenomenon is so beautiful that it takes your breath away.