If you want to take a break from the monotony and ordinariness, and add to life a holiday and fun, go to the rainbow, sparkling with all the colors of Brazil.

One of the most popular local cities, Rio de Janeiro, is constantly moving, regardless of day or night. You can't tell if it's night or day. The city, like crazy, is always on the move. The eternal rhythm of celebration and merriment is always here.

A colorful carnival in the streets of Rio

You can fly to Rio from Moscow. But consider that the time difference is six hours. No direct flights. You can take a connecting flight to Frankfurt or Paris. True, in this case the trip will last even longer – almost 35 hours.

You know what could be better than the colorful and sunny metropolis of Rio de Janeiro? Only Carnival, which takes place here from late February to March. Everyone, without exception, wants to be at the center of the festivities. Not only residents of the country, but also tourists are waiting for it.

Rio de Janeiro hosts a lively, colorful carnival. Spend your vacation to the rhythm of a hot samba!

For those who spare no expense, you can order a helicopter for $2,000 to fully enjoy the scenery of the city. The budget option is to go from the airport by express bus for $5.

Breathtaking: Helicopter views of the Christ the Redeemer

One of the "New Wonders of the World", the statue of Christ the Redeemer is located in Rio and is always surrounded by many pilgrims. This panoramic spot offers spectacular scenery with abrupt beaches against a backdrop of lush green dense jungle in the mountains. Magnificent villas with lawns and pools lurk behind their shadows; populated neighborhoods nestle between green cliffs.

On the other hand, look into the mountains and see things scattered. These are the favelas – Brazil's poorest neighborhoods, where crime, drugs and lawlessness reign.

You don't come to Rio just for the carnival, but for the best beaches in town. A wide strip of soft sand, the ocean with its rippling waves and the verdant mountains against the sea. Walking on the beach, you think it's a paradise of beauty and serenity.

In addition to the carnival in Rio, there are many interesting places. At the center is a ceremonial square with a white stone city hall, municipal theater and library. Looking at the painted walls of the buildings and the homeless people lying on the road, you wouldn't think there was a business center in the city with skyscrapers as impressive as those in Chicago. The business center is home to the headquarters of Brazil's most powerful companies. 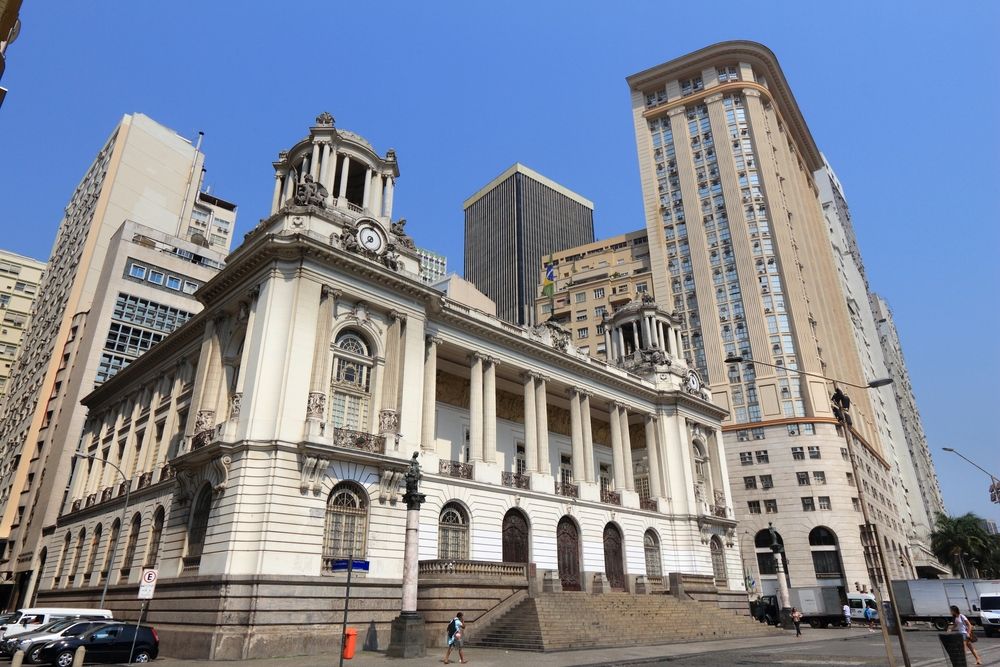 What to expect from the carnival

During Carnival, the city counts 15,000,000 people, along with tourists and locals. But in Rio you can watch more than just carnival. There's a stadium where samba competitions are held every year. Each school prepares its own number, performers showcase colorful costumes, dance and sing.

When you're in the middle of the action, you realize that unbridled fun has begun. All the people come out of their houses and start dancing and drinking for 7 days without resting because after carnival Lent begins. To try to explain what happens in Rio during the holiday, you can combine the beer festival in Germany, the love-parade and the Holi Spring Festival in India. 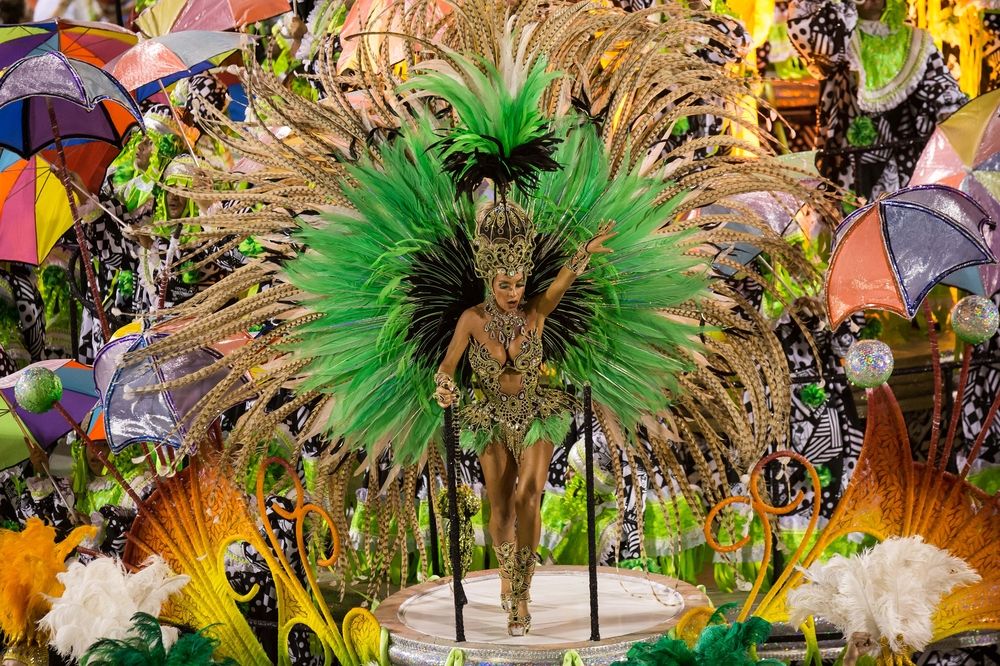 A riot of colors at the Brazilian carnival

But going off into a world of crazy fun, it's worth remembering to be safe. During Carnival, Rio is swamped by a drunken maelstrom, the streets are blocked by thousands of drunken people, the piercing smell of urine because there are no toilets, and there are criminals and thieves watching over you like bait.

Rules of conduct during the carnival: do not walk alone, keep your phone handy, but not in hand; on arrival in Brazil, write down the number of the police station; do not carry a lot of money; carry things in front of you; if you are approached, give what you have without resistance.

The best thing is to choose a hotel near the ocean, the sea air is exciting. Even at the peak of the holiday, in the most popular beaches you can find a hostel or hotel, it all depends on the budget of the tourist, you can also buy tickets there. 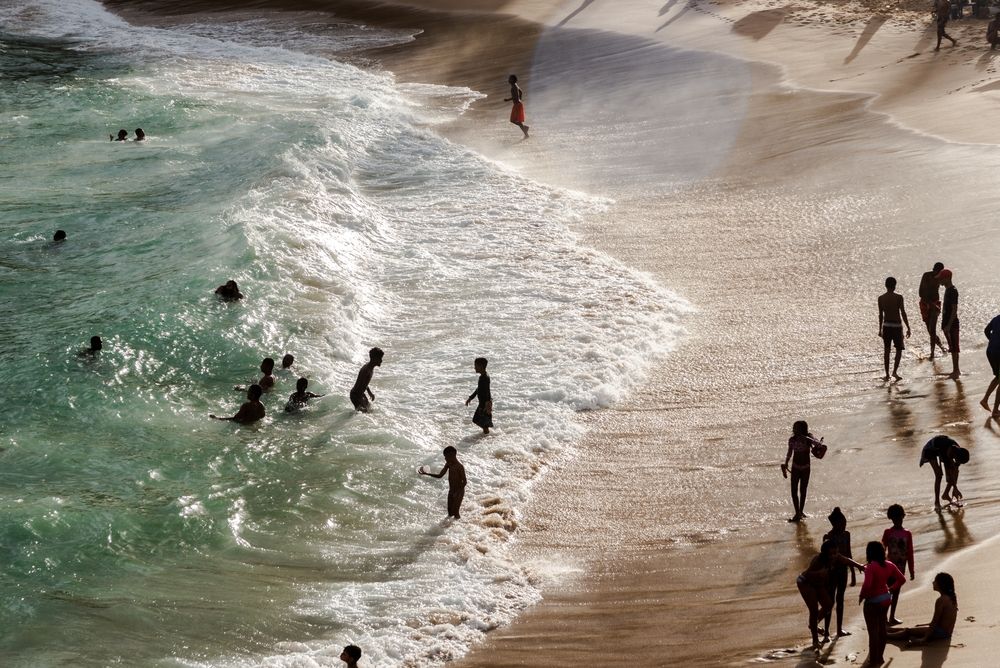 Tourists and locals on the oceanfront in Brazil

Taste on a Tip of the Spoon

Because Brazil has such an influx of tourists every year, you can find plenty of cafes, restaurants, and eateries here. Local cuisine has African, Indian, Portuguese and African roots. Here they serve sun-dried meat, fish and seafood. The Amazon brings its gifts, which the locals enjoy. They make great sushi that looks like decorations. And the fruit that grows on the banks of the Amazon can only be found and tasted in Brazil. 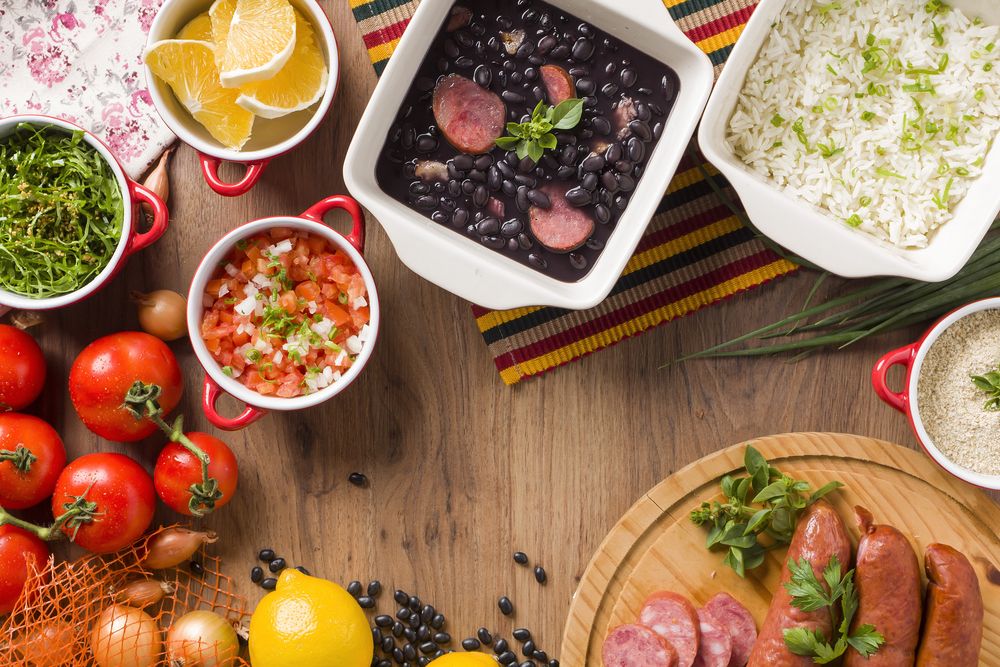 Brazilian cuisine is a gourmet's paradise